Home » Consultation on changes to the National Planning Policy Framework

Consultation on changes to the National Planning Policy Framework 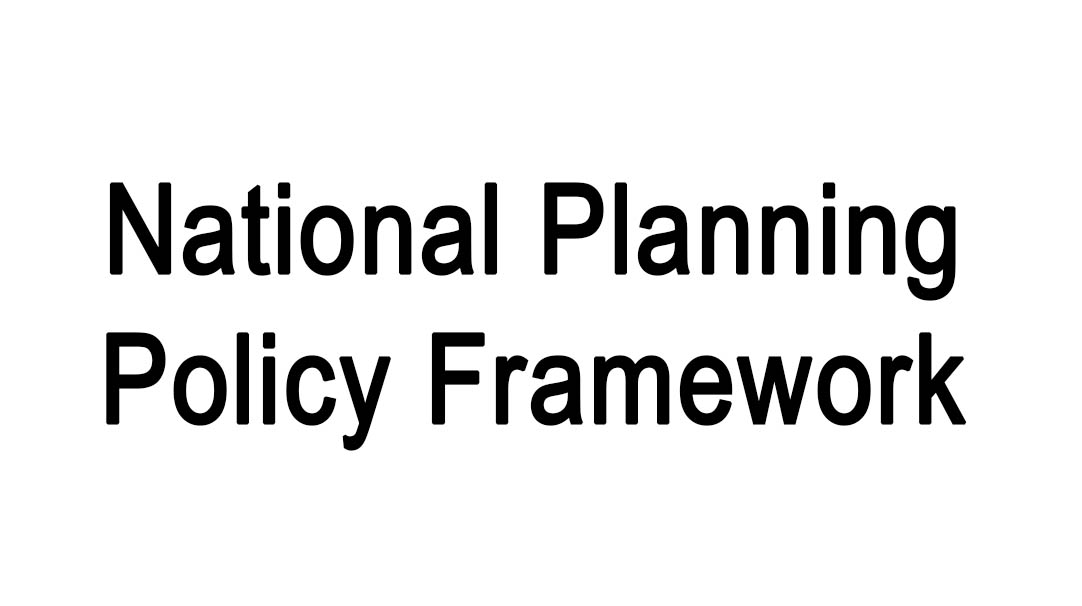 Consultation on changes to the National Planning Policy Framework

On the 5th March the Government published its long awaited draft changes to the National Planning Policy Framework (the Framework). The documents can be found here:

We identify the key changes proposed in the consultation document below.

Presumption in favour of sustainable development

The presumption in favour of sustainable development is retained. However some small, but important, tweaks are proposed to the tilted planning balance. The draft revised version is as follows:

11. d) where there are no relevant development plan policies, or the policies which are most important for determining the application are out-of-date, granting permission unless:

i. the application of policies in this Framework that protect areas or assets of particular importance provides a clear reason for refusing the development proposed7 ;or

ii. any adverse impacts of doing so would significantly and demonstrably outweigh the benefits, when assessed against the policies in this Framework taken as a whole.

The proposed new footnote clarifies that the ‘specific policies’ within the Framework referred to in the presumption is a closed list, only applying to a limited number of listed designations:

7The policies referred to are those in this Framework relating to sites protected under the Birds and Habitats Directives and/or designated as Sites of Special Scientific Interest; land designated as Green Belt, Local Green Space, an Area of Outstanding Natural Beauty, within a National Park (or the Broads Authority) or defined as Heritage Coast; irreplaceable habitats including ancient woodland; aged or veteran trees; designated heritage assets (and other heritage assets of archaeological interest referred to in footnote 55); and areas at risk of flooding or coastal change. It does not refer to policies in development plans.

Footnote 9 in the current Framework is not a closed list, and has been interpreted to include ‘valued landscapes’, and in some instances safeguarded land.

Paragraph 75 clarifies that the tilted planning balance will apply if the local planning authority cannot demonstrate a five-year supply of deliverable housing sites (with the appropriate buffer), or where the Housing Delivery Test indicates that delivery of housing has been below 75% of the housing requirement over the previous three years.

The definition of ‘deliverable’ has been amended, to effectively put the onus upon the local authority to demonstrate that there is ‘clear evidence’ that sites without full planning permission will begin on sites within 5 years:

Deliverable: To be considered deliverable, sites for housing should be available now, offer a suitable location for development now, and be achievable with a realistic prospect that housing will be delivered on the site within five years. Small sites, and sites with detailed planning permission, should be considered deliverable until permission expires, unless there is clear evidence that homes will not be delivered within five years (e.g. they are no longer viable, there is no longer a demand for the type of units or sites have long term phasing plans). Sites with outline planning permission, permission in principle, allocated in the development plan or identified on a brownfield register should only be considered deliverable where there is clear evidence that housing completions will begin on site within five years.

The consultation document proposes to introduce the testing of 5 year supply on an annual basis:

76. A five year supply of deliverable housing sites, with the appropriate buffer, can be demonstrated where it has been established in a recently adopted plan, or in a subsequent annual position statement which:

The consultation proposes to introduce the ‘Housing Delivery Test’, which was proposed in previous consultations. The following definition is provided:

The details are provided at paragraph 211. The delivery test would become increasingly more stringent over the first 3 years following publication of the revised Framework:

a) November 2018 indicate that delivery was below 25% of housing required over the previous three years;

b) November 2019 indicate that delivery was below 45% of housing required over the previous three years;

c) November 2020 and in subsequent years indicate that delivery was below 75% of housing required over the previous three years.

The consultation proposes that the use of shorter timescales for the implementation of a planning permission should be considered to ensure that housing development is implemented in a timely manner:

This is a response to the accusation that a significant factor in the housing crisis is land banking, which is a point that we do not agree with. Notwithstanding, it is a condition we have offered on some appeal schemes to emphasise delivery.

The consultation proposes to incorporate a different test (a 3 year housing land supply rather than 5 years) in areas where a Neighbourhood Plan has been brought into force in the past 2 years:

14. Where a neighbourhood plan that has recently been brought into force9 contains policies and allocations to meet its identified housing requirement, the adverse impact of allowing development that conflicts with it is likely to significantly and demonstrably outweigh the benefits where:

a) paragraph 75 of this Framework applies; and

b) the local planning authority has at least a three year supply of deliverable housing sites (against its five year housing supply requirement), and its housing delivery was at least 45% of that required10 over the previous three years.

This reflects a similar policy introduced by the Secretary of State under a Written Ministerial Statement in December 2016, which was unsuccessfully Challenged in the High Court by a consortium of developers.

The consultation proposes to introduce a standard method for calculating housing need, which was the subject of consultation last year:

61. In determining the minimum number of homes needed, strategic plans should be based upon a local housing need assessment, conducted using the standard method in national planning guidance – unless there are exceptional circumstances that justify an alternative approach which also reflects current and future demographic trends and market signals. In establishing this figure, any needs that cannot be met within neighbouring areas should also be taken into account.

Full details of the standard method have not been published, despite promises from the Government that they would be published alongside the draft NPPF. It therefore remains to be seen whether the standard method will be the simple method (household projections with an uplift based upon affordability) which was consulted upon last year. However we understand that further details are likely to be published later this week.

The consultation proposes to introduce measures to increase the number of small sites which become available for development, including a measure for at least 20% of sites identified for housing in plans to be of less than 0.5ha:

69. Small sites can make an important contribution to meeting the housing requirement of an area, and are often built-out relatively quickly. To promote the development of a good mix of sites local planning authorities should:

a) ensure that at least 20% of the sites identified for housing in their plans are of half a hectare or less;

b) use tools such as area-wide design assessments and Local Development Orders to help bring small sites forward;

c) support the development of windfall sites through their policies and decisions – giving great weight to the benefits of using suitable sites within existing settlements for homes; and

d) work with developers to encourage the sub-division of large sites where this could help to speed up the delivery of homes.

As above, it is proposed that small sites (including those without planning permission) should be considered deliverable unless there is clear evidence which demonstrates otherwise.

The consultation proposes to provide additional clarification in relation to the exceptional circumstances necessary to justify Green Belt release. Effectively, there will be a requirement to demonstrate that all other options have been exhausted before Green Belt release can be considered:

136. Before concluding that exceptional circumstances exist to justify changes to Green Belt boundaries, the strategic plan-making authority should have examined fully all other reasonable options for meeting its identified need for development. This will be assessed through the examination of the plan, which will take into account the preceding paragraph, and whether the strategy;

a) makes as much use as possible of suitable brownfield sites and underutilised land;

b) optimises the density of development, including whether policies promote a significant uplift in minimum density standards in town and city centres, and other locations well served by public transport; and

c) has been informed by discussions with neighbouring authorities about whether they could accommodate some of the identified need for development, as demonstrated through the statement of common ground.

The consultation also proposes a loosening of Green Belt policy in relation to the redevelopment of previously developed land, where the development would contribute to meeting affordable housing needs:

144. A local planning authority should regard the construction of new buildings as inappropriate in the Green Belt. Exceptions to this are:

g) limited infilling or the partial or complete redevelopment of previously developed land, whether redundant or in continuing use (excluding temporary buildings), which would:

‒ not have a greater impact on the openness of the Green Belt than the existing development; or

‒ where the development would re-use previously developed land and contribute to meeting an identified local affordable housing need, not cause substantial harm to the openness of the Green Belt.

The consultation makes allowance for plans to be examined on the basis of the current Framework, provided that they are submitted for examination within six month after the new Framework is published:

209. The policies in the previous Framework will apply for the purpose of examining plans, where those plans are submitted58 on or before . In these cases the examination will take no account of the new Framework.

Emery Planning will be making representations to the consultation. The deadline for submissions is the 10th May 2018. Should you wish to discuss any aspect of the consultation further, please do not hesitate to contact us.

We are an independent town planning consultancy established in 2002. Based in Macclesfield, Cheshire, our work is primarily focused in the North West although we also operate in locations across the UK. 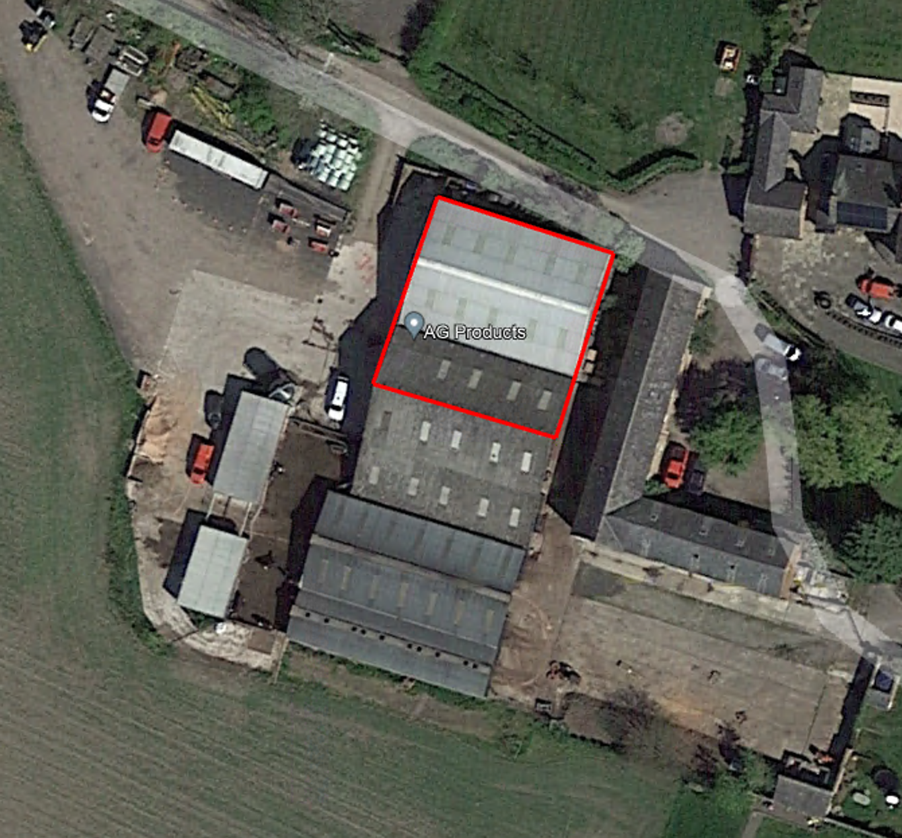 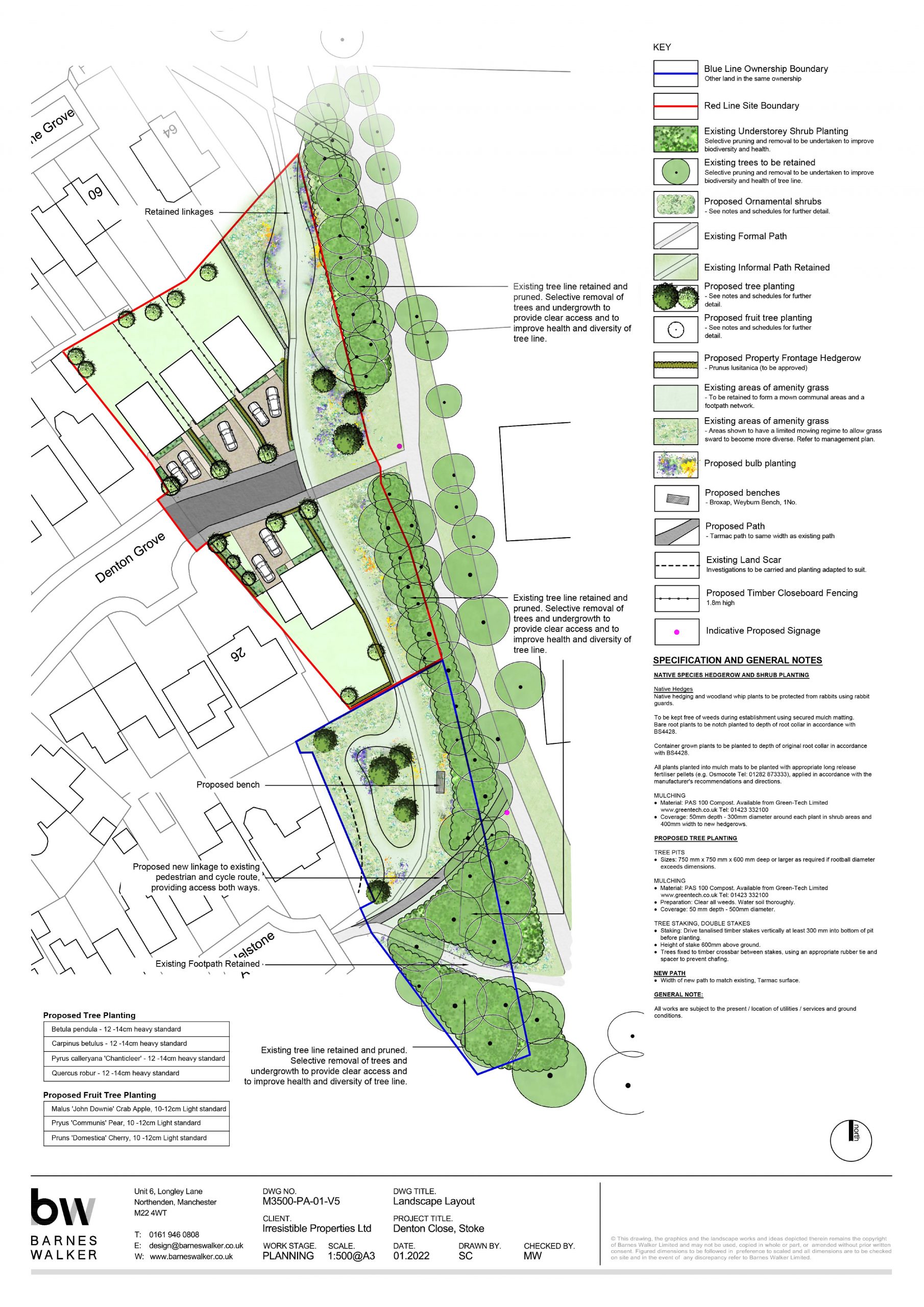 Read More »
This website uses cookies to improve your experience. We'll assume you're ok with this, but you can opt-out if you wish. Cookie settingsACCEPT
Manage consent