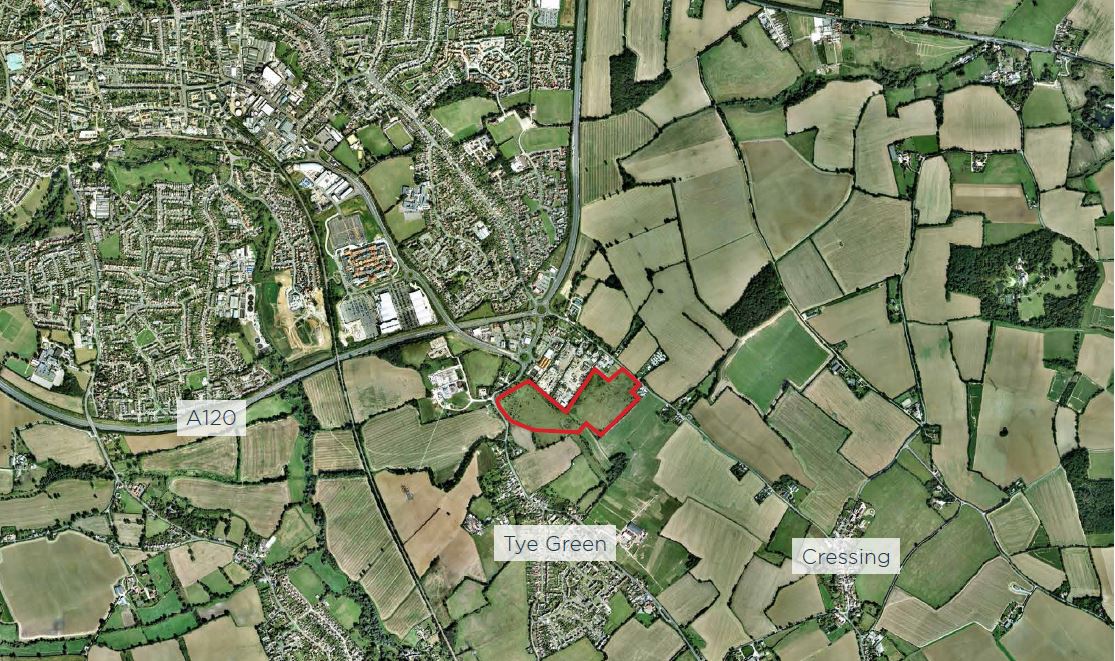 Purpose of this Consultation

Emery Planning will shortly be submitting an outline planning application on behalf of Williams Group UK Properties Limited (Williams Group) for the construction of up to 250 dwellings on land off Braintree Road and Long Green, Braintree, Essex.

Emery Planning has worked closely with Williams Group, Corstorphine and Wright (architects), the Andrew Davis Partnership (landscape architects) and Connect (Transport Consultants) to create a high quality scheme which will help to meet the increasing demands within the area for family housing, including much needed affordable housing; while improving highway safety.

This website provides details of the proposed development and seeks comments from the local community. This is an opportunity for you to provide us with your views and ideas to help us form the final scheme, before a planning application is submitted to the Council.

Williams Group is a privately-owned property development, investment and asset management company.
Since 2003 we have owned and operated the Braintree Leisure and Retail Park, overseeing its evolution into one of the South East’s most popular out-of-town retail and leisure destinations.

We listen to, and collaborate with local authorities, statutory consultees and stakeholders to ensure we create environments that benefit the community that we seek to be a part of.

The Site and Planning Context

The site covers approximately 11.9 hectares of land, comprising two large Grade 2 arable fields/improved grassland and an area of semi-natural scrub woodland on the part of the site adjoining Braintree Road. The site is well contained with tree and hedge planting to all side and strong road boundaries with the B1018 Braintree Road to the north and Long Green to the north east.

Existing field boundaries within and around the edges of the site are defined by hedgerows. Overhead electricity lines cross the southern part of the site and a public right of way (PROW 74_4) runs along the site boundary adjacent to Galleys Corner and through the central portion of the site from north west to south east.

In planning policy terms, the site is located outside the settlement boundary within the open countryside, albeit in close proximity to the settlement.

Williams Group has developed a proposal for inclusion in the new Braintree Local Plan, called Gateway Park. Gateway ark would capitalise on the sustainable location and success of the Braintree Leisure and Retail Park to provide easily deliverable housing, retail, employment and utilities. A landscape buffer would be provided to define the boundary between Braintree and Tye Green and Cressing.

This site would provide a significant part of the residential aspect of Gateway Park.

Braintree District Council’s Draft Local Plan for 2013-33 highlights a need to build 716 new homes per year in the district.

Whilst the proposed new ‘garden communities’ in the area, and development on vacant brownfield land, will help to meet a significant portion of this, the lack of infrastructure already in place means that these developments will take time to come forward.

Our site is developable now, in the short-term, to meet current and future local need.

There are a number of footway/cycleway connections from the northern boundary out of the site, including past the Leisure and Retail Park and into central Braintree. There are also foot and cycle connections crossing under the A120 at Galleys Corner towards Cressing Road.

The majority of Braintree is within cycling distance of the site, and a number of local services and facilities are within a 2km walk of the site (see table below).

Bus services 38 and 38a both pass the site once per hour each in both directions, providing public transport connections between the site, Witham, Braintree and Halstead

The Braintree Road access will result in the sharp (and substandard) bend at the western end of the site being removed from the B1018 route. A new B1018 route, the site access junctions and the Link Road through the site will be designed and constructed to current highway standards, with the existing B1018 at the western end of the site providing access to a small number of properties only.

The new Link Road between Long Green and Braintree Road will provide an alternative vehicular route to travelling through the A120 / B1018 Galleys Corner roundabout. This will reduce driver delay along these routes, and will improve the operation of Galleys Corner, particularly during peak times.

A full Transport Assessment is being prepared and will be submitted with the planning application for Essex County Council and Highways England to review.

The permitted new DIY store on Millennium Way will see capacity improvements to the A120 / B1018 Galleys Corner roundabout and the B1018 / Millennium Way Fowlers Farm roundabout. These have been assessed and are supported by Highways England and Essex County Council, and traffic modelling software predicts significant reductions to queues and delays as a direct result of the improvements.

Highways England and Essex County Council are also progressing plans to construct west facing slip roads between Millennium Way and the A120.

The diagrams below show the current queue lengths at different times (red lines), and the projected queue lengths (with the DIY store and capacity improvements in place) in yellow.

The proposal consists of an outline planning application for up to 250 new homes. It is envisaged that the new homes would be a mix of 1-5 bedrooms. This would include bungalows, 2-storey, 2.5-storey and 3-storey properties. There would be a number of affordable homes in line with the Council’s requirements.

An outline planning application allows for a decision on the general principles of how a site can be developed. In this instance that means establishing whether or not residential development is acceptable in this location.

If outline planning permission were to be granted, it would be subject to conditions requiring the subsequent approval of one or more ‘reserved matters’. Reserved matters would be addressed via a further planning application, which would concentrate on the details of the proposal.

At this stage, the outline application proposed would only seek to address the means of access, meaning that the Council would still need to agree full details of the layout, landscaping, scale and appearance elements, before development could commence on site in future. However, an illustrative layout is being submitted to give an idea of what is proposed.

This shows that the site offers significant opportunities to create an attractive and sustainably designed residential development which integrates well with existing facilities.

To assist with the integration, the following measures are proposed:

As can be seen from the illustrative master plan, there would be enhanced planting along the southern boundary creating a green corridor which would also act as a buffer between the new built forms and the countryside – and Tye Green-beyond.

We see the site as a perfect opportunity to incorporate innovatively designed houses that cater to a wider demographic of people. Whilst the detail of the design of the individual homes would not be included in this application, our proposals will be influenced by URBED, winners of the prestigious 2014 Wolfson Economics Prize. Many of the developments they advise on win design awards, such as Newhall in Harlow (example images supplied by URBED).

Benefits of the Development

The proposed development would result in a number of benefits for the local community. These would include:

We would like your views on the proposals and request that all responses be returned by the 28th February 2018. If you wish to discuss the project please contact us using the form to send your feedback and comments, making sure that all of the required fields are completed. If you do not want your name and address included in our report when we submit the planning application, then please let us know within your response.

Please contact Emery Planning if you require any further information;

Please note that the plans may be subject to amendments following receipt of your comments.

All information and personal details provided by you may be available for inspection by third parties and the public. By completing the form below you give your consent for their use by Emery Planning Partnership and/or their associates in connection with future planning applications / appeals in respect of this site. If you do not wish this information to be used in this way and it is to be withheld, then please let us know within your response.
This website uses cookies to improve your experience. We'll assume you're ok with this, but you can opt-out if you wish. Cookie settingsACCEPT
Manage consent